Getting to host the Olympics is an incredible opportunity, and it’s even more special when you’re chosen for the 100th anniversary of the modern games. In the summer of 1996, Atlanta lived up to this honor and brought two million visitors together for a celebration of peace, unity, and athleticism. July 19th to August 4th was a time for breaking records, achieving lifelong dreams, and a chance for athletes to leave their mark in history. You can visit some of the Atlanta Olympics venues today and walk in the footsteps of sports legends! Just remember to view our free Travel Guide so you can try the city’s best restaurants and activities along the way. It’s the perfect way to take your trip from good to extraordinary!

Enjoy the Best of Atlanta!

Enjoy a Piece of History at These Atlanta Olympics Venues Today

The 1996 Summer Games took place at almost 30 venues throughout the city. Here are three of the best sites you can still check out today. They’re all just minutes away from Stonehurst Place!

Not to be confused with Centennial Olympic Stadium, Centennial Olympic Park served as the focal point of the 1996 Olympics. It housed sponsor tents and evening concerts. Today, you can stroll through the park, stand in the water fountains shaped like Olympic rings, and marvel at the international flags standing tall over the landscape. This sprawling green space stands as a permanent commemoration of the 1996 Olympics. And, it’s close to several tourist attractions, including the World of Coca-Cola and the Georgia Aquarium!

What is now known as Georgia State Stadium is actually the site of the original Centennial Olympic Stadium in 1996. During that summer, it hosted the opening and closing ceremonies as well as several track-and-field events. After the games concluded, they turned it into Turner Field, a baseball stadium for the Atlanta Braves until 2016. Today, it serves as the football stadium for the Georgia State Panthers. Feel free to check it out for a game or a concert!

Although it’s 30 minutes south of the city, the Clayton County International Park in Jonesboro played a significant role in the 1996 Summer Games. Then referred to as “Atlanta Beach,” this park brought professional volleyball to new heights when it featured the first Olympic beach volleyball tournament. You’re welcome to stop by for a game of volleyball in the sun, to catch a concert, explore the bike trails, and try your luck fishing in the lake!

Stay at Stonehurst Place to See Them All! 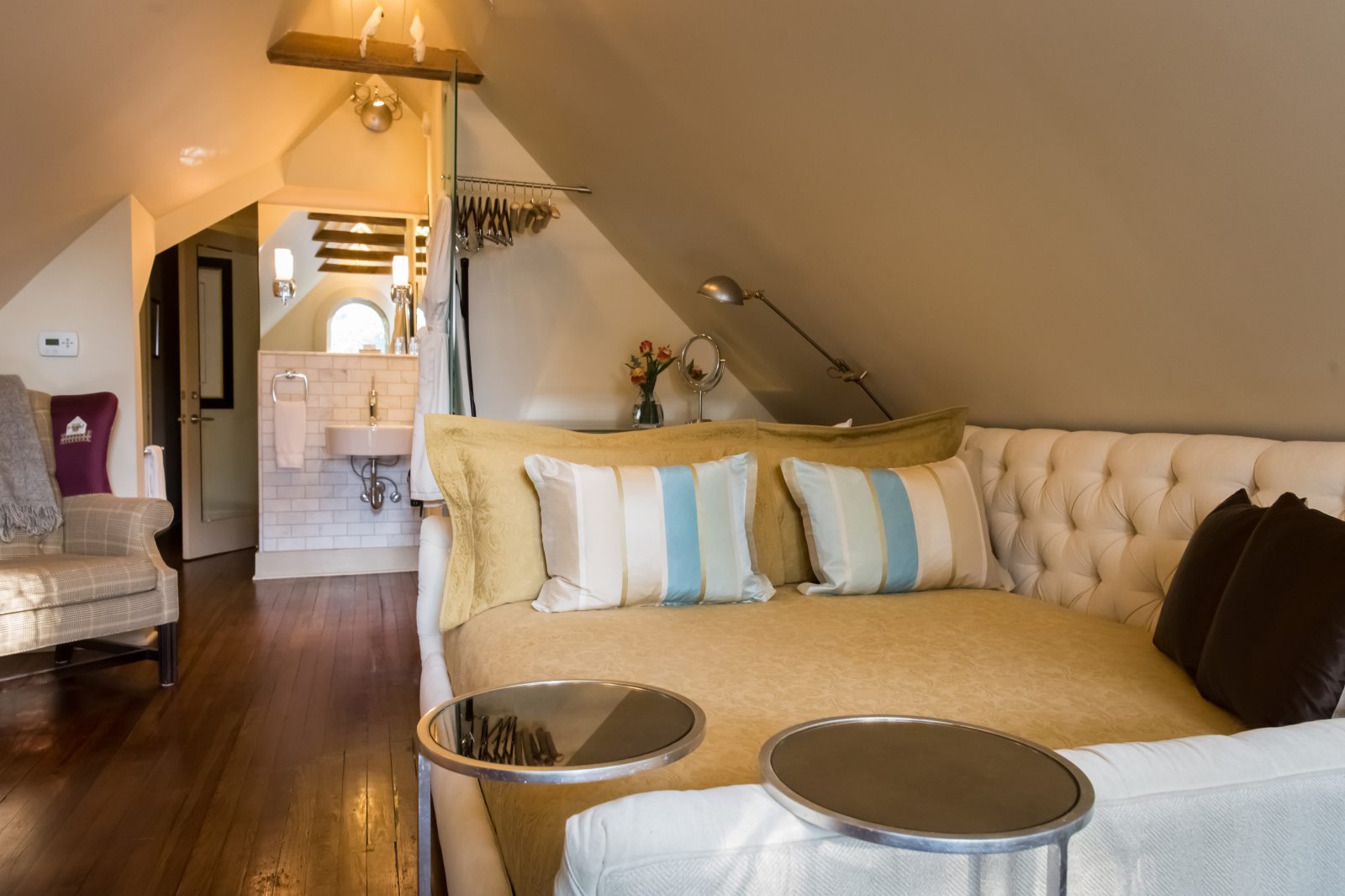 The modern Olympics date back to 1896, and so does our historic boutique inn! We meticulously preserved most of the original details of the Midtown Atlanta mansion while incorporating modern luxuries. The result is an elegant monument to the tapestry of time, and we’d love to host you for your stay in the city!

Waking up in The Eaves is a dream come true. With gorgeous furnishings, a luxurious queen-size daybed, and views of the Midtown skyline, what more could you ask for? If you said a gourmet breakfast, we offer that, too! Book your stay today and enjoy the relaxing getaway you’ve been dreaming of!